What is Python Used for? | Major Industries 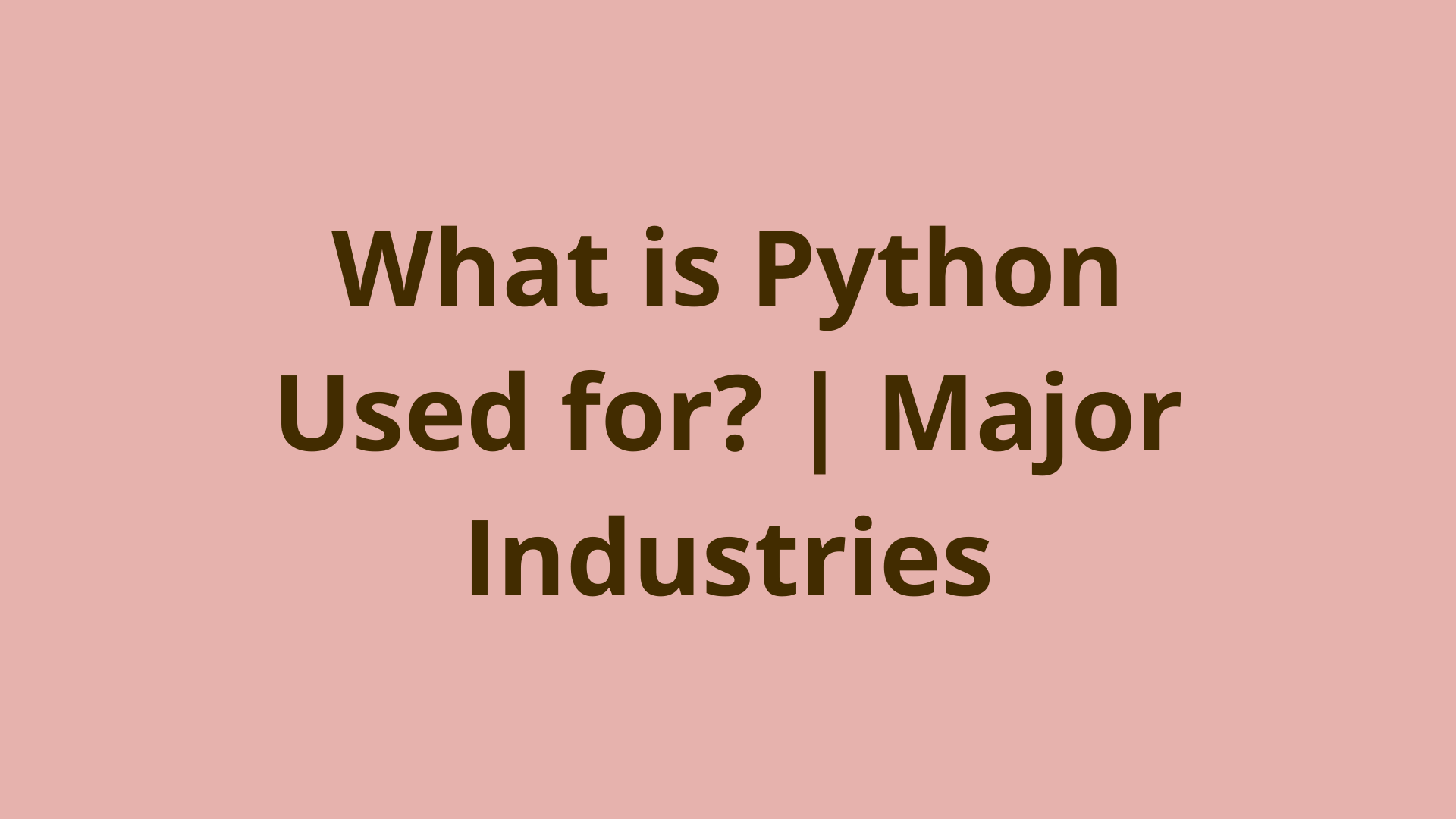 How is Python used in the real world?

Python is one of the most popular languages for coding in the world.

The majority of top U.S. colleges even use Python in their introductory coding classes: teaching students to use Python to build simple games, parse information from web pages, and even conduct language processing!

Still, many parents and students alike often wonder — how is Python actually used in companies or various fields?

Read on to learn how Python powers today’s leading industries, and plays a major role in numerous computer science disciplines.

Python is a high-level and general-purpose coding language — meaning that it’s easier to understand and can be used to solve a variety of problems!

With its simple syntax, high readability, usability across operating systems, Python is a valuable language to both learn and use for a variety of applications.

It’s therefore not surprising that Python is prevalent in not only today’s job market, but also in common technology we use everyday.

Python programming is a skill that can be used in virtually any industry, as well as in positions far beyond just software development. From industries like finance, healthcare, and insurance, to fields like aerospace to entertainment — Python-based tech is driving innovation and new solutions.

In our What is Python 101 guide, we introduced Python as well as a few of the fields Python is used in such as tech, finance, and biotech. But in this article, we'll be taking a deeper look at even more of Python's broad uses — specifically in the following areas:

While HTML, CSS, and Javascript may be the common choice of tools when it comes to web development, Python is also a great choice.

Web development refers to the building of websites on the internet, from static, plain text pages to dynamic eCommerce sites and interactive internet applications.

Coding is crucial in web development to build out site functions, optimize user experience, and ensure that that information is organized properly. Python's web frameworks such as Django and Flask have become popular options for website development.

Python is a great option for backend web development, and is used by many companies today.

These open-source frameworks allow users to build web applications more efficiently due to Python’s ability to handle vast amounts of data and automate tasks. In fact, companies such as Instagram, Pinterest and Google incorporate Python in their backend web development.

Python is also a major language of choice when it comes to data science and data analysis.

In the age of big data, we come into contact with data frequently in our everyday lives, with technology such as navigation (GPS), online shopping, energy use, and wearables such as smart watches.

The average household contains around eleven devices and that number is likely to increase in the future! With so many devices, there is a vast amount of data that businesses need to process in order to provide their services.

Data science relates to processing data and inferencing trends — and Python is incredibly useful in this area due its intensive packages like scipy, numpy, and pandas.

Additionally, the matplotlib package can be used to build data visualizations. This makes Python a popular choice in fields like bioinformatics that also involve a lot of data and modeling.

These Python-based tools have become popular due to their ease of use and scalability. For example, Netflix uses scipy and numpy for numerical computing to manage user traffic across the platform.

By analyzing vast amounts of data, machine learning algorithms can find patterns and apply those patterns to make sense of future behavior. The most obvious use of machine learning in products is recommendation systems. Companies such as Netflix, Spotify, and Youtube collect user activity to make predictions and suggest playlists and videos.

Scikit-learn and tensorflow are Python libraries that enable the use of algorithms for classification, clustering, and regression on large data sets.

The high performance and extensive functionality of these libraries make them essential in any exploration of machine learning.

Machine learning is actually just one facet of artificial intelligence. AI refers to the intelligence of machines and the development of computer systems to perform human-oriented tasks such as perception or decision making.

One prominent example of artificial intelligence is in ridesharing apps, like Uber and Lyft.

Python is used in artificial intelligence for apps like Lyft or Uber. The AI system can then predict things like user demand and estimated arrival times.

Uber utilizes AI for predicting user demand and estimated arrival times (among other features) and much of this is accomplished through Python. In addition to some of the previously mentioned Python libraries, AI functionality such as prediction models and neural networks can be created through other libraries like keras and pytorch.

Among popular programming languages, Python is one of the most diverse in its applications. Moreover, it's deeply integrated within our everyday life as well as today’s leading companies.

The range of careers that involve Python include software engineer, web developer, data scientist, product manager, business analyst and more. Regardless of industry, companies in this technological age rely on data-driven decision making and Python is the perfect tool to do just that.

If you or your child are interested in the fields or roles listed above, then learning Python is a great choice!

Want to Become a Python Programmer?

One of Python’s greatest strengths is helping new coders learn basic concepts and become familiar with programming! There are also many resources widely available to learn Python, for new coders of all ages.

At Juni Learning, we teach Python to aspiring young coders ages 11-18, with the help of experienced coding instructors. From solidifying coding basics, to building algorithms and analyzing datasets, these courses explore the many different applications of Python and teach students how to build their own coding projects.

Read more about our coding courses and curriculum, or get started with our Admissions Team to learn which course is best for your child’s coding journey.

Python is a versatile, popular language that's growing in versatility with more users and creators. Its convenient readability, versatility, and software development prototyping capabilities make it a go-to language for many cases.

This article originally appeared on junilearning.com. 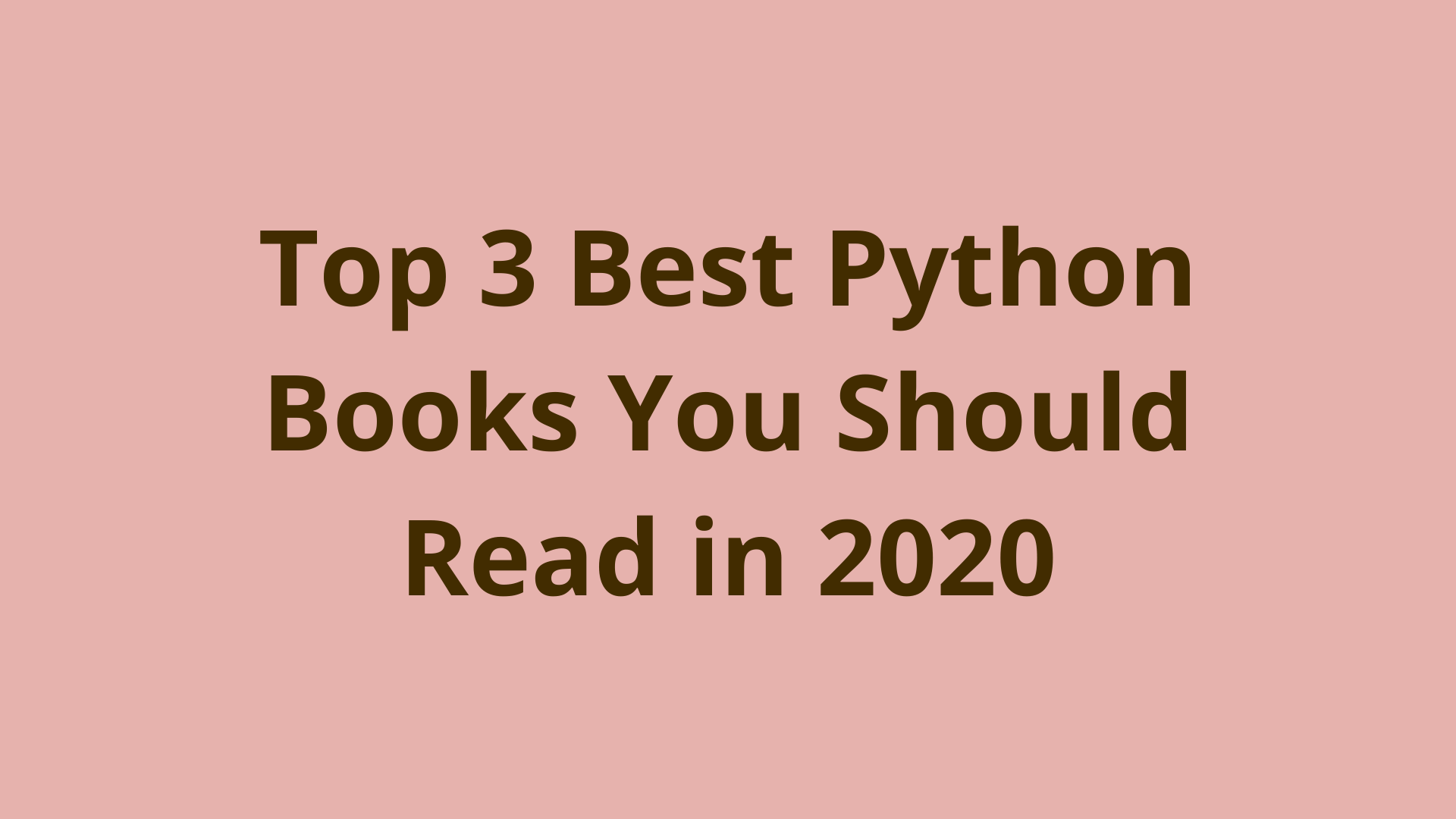 Top 3 best Python books you should read in 2020