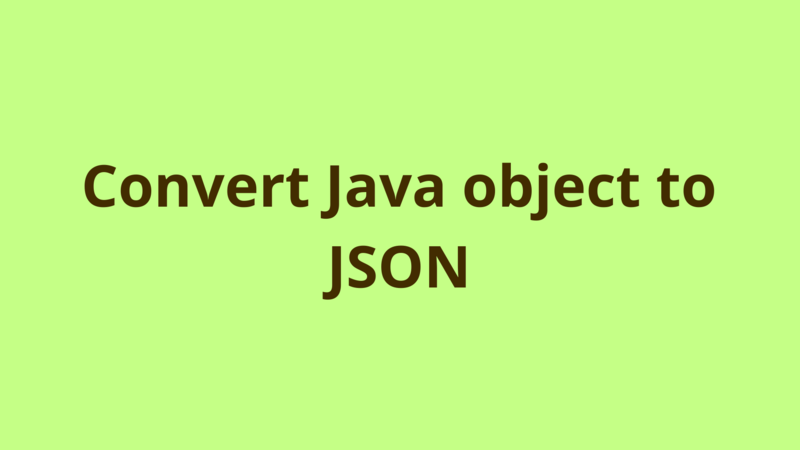 This tutorial shows 2 ways for converting Java objects to JSON.

This kind of conversion is normally done via third-party libraries as it’s not supported by the JDK itself and requires a hard work to do it manually.

The most popular library used for converting Java objects to JSON is the Google Gson library.

Using Gson, you can get a JSON String out of an object through one line as the following:

All you have to do is to include gson jar in the classpath.

Another popular library is Jackson.

In order to convert Java objects to JSON using Jackson, you have to include 3 libraries: jackson-annotations, jackson-core and jackson-databind.

Here is the way:

This tutorial shows 2 ways for converting Java objects to JSON.