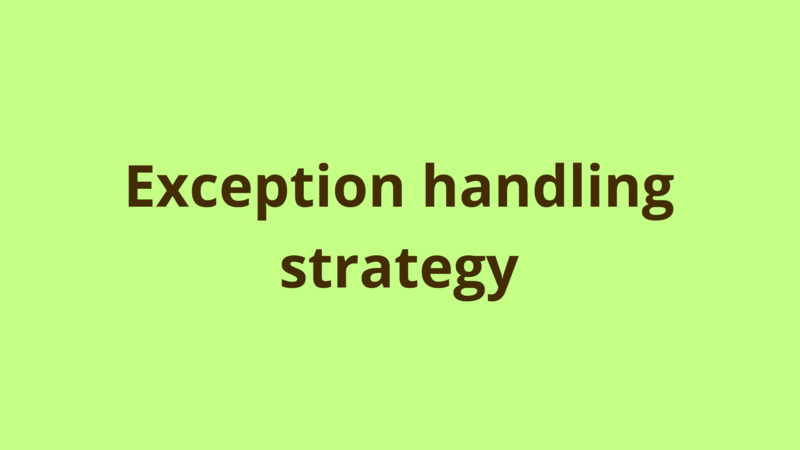 In this article we introduce a common strategy for handling exceptions in an OOP application, our strategy conforms to the best exception handling techniques and can be integrated in any application.

The following diagram provides an overview of our strategy, it shows the flow of the exception starting from the detection phase until reaching the handling phase. The diagram is read from bottom to top:

The following describes the attributes of the ComponentException class:

After detecting an error and failing to recover from it, the exception is propagated up the call stack until reaching some try-catch block which handles it. The exception can be either propagated as is or translated to a custom exception.

3.1 Throwing exception as is

When the caught exception depends on low level or dynamic implementations, it is translated to a component specific exception and then rethrown up the call stack. Here is an example:

The exception keeps propagating as long as it doesn’t reach a responsible class which is able to handle it.

Somewhere in your application you need to catch and react to thrown exceptions, typically you will do this towards the top of the call hierarchy.

The first thing to do when catching an exception is to log it, normally i prefer using printStackTrace(), then the handling process depends on the severity of the exception:

Here is an example:

That’s the strategy that I follow for handling exceptions in my applications, I hope you liked it. Don’t hesitate to share with me your opinions in the comments section below.

In this article we introduce a common strategy for handling exceptions in an OOP application, our strategy conforms to the best exception handling techniques and can be integrated in any application.