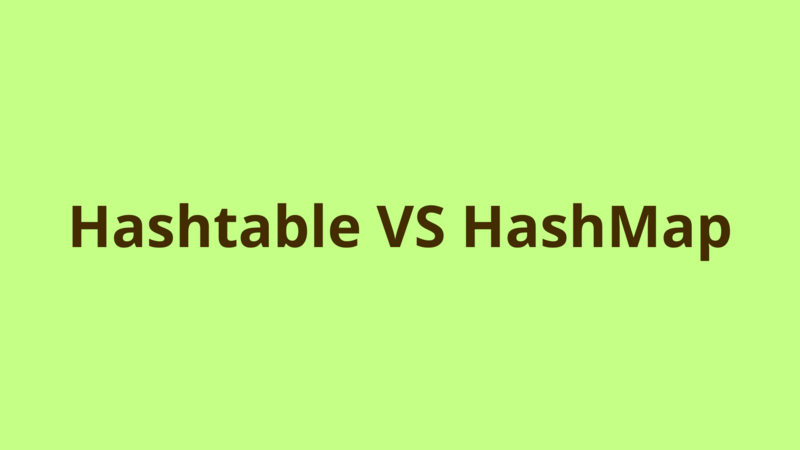 Hashing objects like HashMap and Hashtable are mostly used for storing and caching data as a key/value pairs inside the memory.

In this tutorial, we list the major similarities and differences between these 2 data types.

so both types can interchangeably be used for caching or storing key/value pairs inside the memory.

There are a lot of differences between HashMap and Hashtable, here below we list the major ones:

In short, Hashtable is deprecated and replaced officially by ConcurrentHashMap, there is no reason for using it in new projects unless you’re working in a legacy code which doesn’t support HashMap (ideally there shouldn’t be an applications which just compile on versions < 1.2 as HashMap is introduced in JDK 1.2).

Hashing objects like HashMap and Hashtable are mostly used for storing and caching data as a key/value pairs inside the memory.