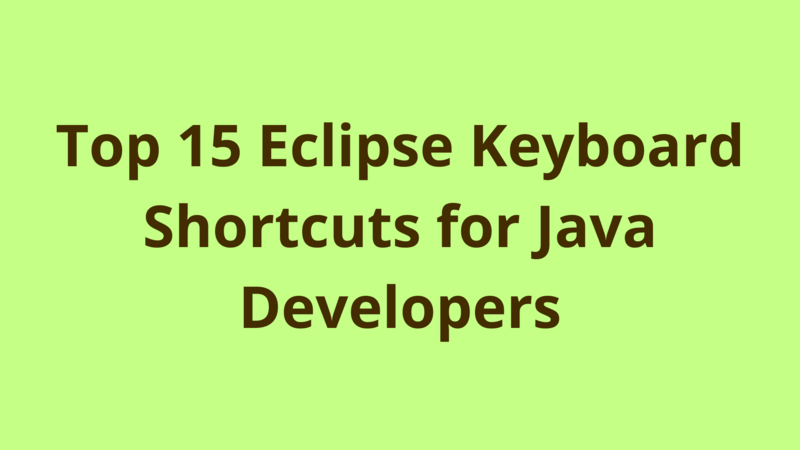 1- CTRL-SHIFT-R: used to look for a specific resource in the work space, the resource could be (java class, XML, HTML, JS, .properties …etc). It’s allowed to use * in the search box if you’re not sure about the resource name.

2- CTRL-SHIFT-T: used to look for a specific java class in the work space, this facility searches inside the jars as well.

3- CTRL-H: used to search for a specific text in the work space.

5- CTRL-SHIFT-O: used to organize the imports of a file. Mostly used for removing unused imports or adding missing imports.

6- CTRL-SHIFT-F: used to format a block of code. If no code is selected, then it formats the whole file.

9- CTRL-SHIFT-: used to uncomment a block of code previously commented with (/* */) characters.

10- CTRL-SHIFT-C: used to comment a line/block of code using (//) characters, the same shortcut is used for uncommenting as well.

11- ALT-SHIFT-R: used to rename a variable, method or class with an automatic rename of their instances.

13- CTRL-B: used to build the projects of the work space.

14- ALT-LEFT: used to go back to previously edited file.

15- ALT-RIGHT: used to go to the next edited file.