How to use exceptions effectively 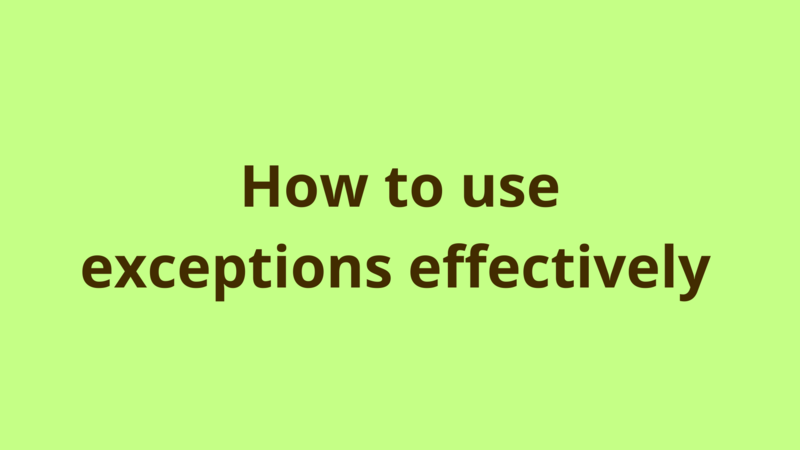 Exception is an event which occurs during the execution of a program and disrupts its normal flow, it is mainly arrised from different kind of situations such as wrong user interaction, hardware failure, network failure, database failures or even business failures.

Exceptions are of 2 types: checked and unchecked.

In contrast, unchecked exceptions can’t be predicted during the development phase, they occur at runtime either due to programming errors like: NullPointerException or due to a harmful situation which causes the current thread to halt and kills the application like: OutOfMemoryException. Although developers are able to handle these exceptions programatically, it is not recommended to recover from them since they normally signal a serious issue which requires investigation and technical resolution.

In this section, we list the best practices to be followed when handling exceptions in OOP environments:

One of the common misuse of exceptions is to iterate over an array without a stop condition and depend on the exception to finish the iteration, the above should be simply written as:

write several specific exceptions in order to do custom recovery logic for each error:

That’s the common techniques that i personally use when handling exceptions, i hope you liked it and learned something from it. Should you have any other techniques, please share them with me in the comments section below.