An Overview of Web Scraping in Python 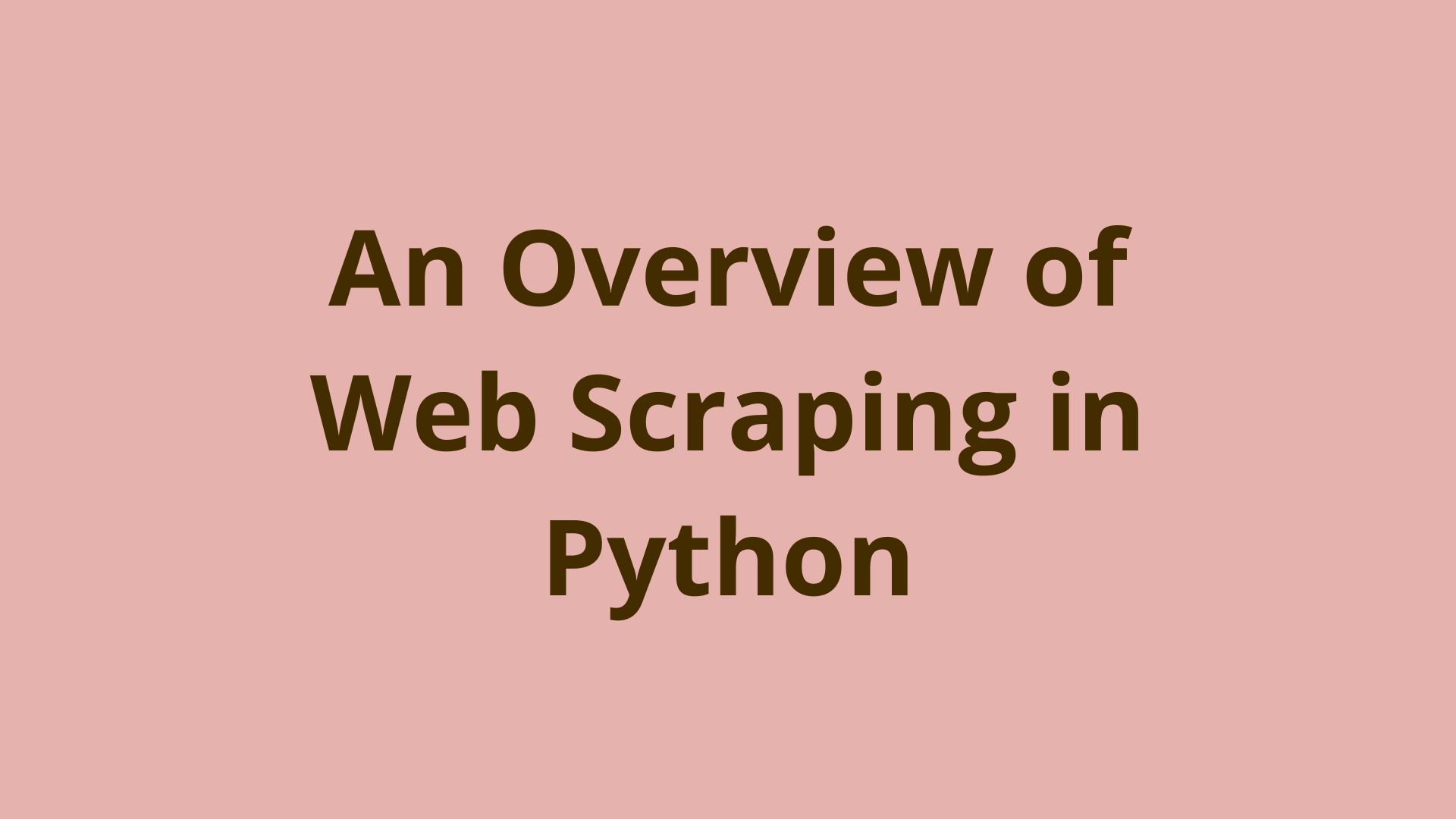 What is web scraping?

As the world wide web has taken over every facet of our lives, there’s also an aspect of it that is often not given the attention it deserves by most users. The vast amount of data found on the web holds massive potential for anyone willing to harvest it.

The data found on the web can be used in a myriad of ways, starting from data analysis (e.g. analyzing real estate price changes over time), machine learning model training, extracting stock market data, or even something as simple as getting a list of all books available in your local library. Anything that is found on the web can be extracted in a format that we might find useful.

The process of extracting this data from web pages is called web scraping. It’s a form of data extraction that deals exclusively with extracting data from the web. Typically it is done through the use of small automated scripts called spiders or web crawlers which are programmed to visit websites and to extract the data we need from them.

What is web scraping used for?

While plenty of web platforms offer APIs in order to programmatically access their data, most websites do not offer complete data through them. Or they make it hard to get all the data you need through rate limiting or high costs where one has to pay hundreds of USD to access the APIs). Many websites and services do not offer any API access at all.

This is why knowing web scraping and deploying web scraping techniques becomes very important if we want to get that data. Through the use of web crawlers we can automatically extract any kind of structured data from any website on the internet and we can save that data elsewhere for later use.

Is web scraping better than API?

Without doubt nothing beats a well-designed and accessible API, as we mentioned above, finding such an API is a next-to-impossible task. Even if the API will have all the information we need, it will usually rate-limit the requests or ask you to pay for each request you send to it, which creates costs that add up over time.

This means that web scraping is often the cheapest and easiest solution to extract the data we need.

What language is the best for web scraping?

There’s a number of things that should be taken into account when picking a programming language for any particular task. In no particular order, some of them are:

There’s no perfect programming language that ticks all the boxes, however, depending on the task, there are certain features that are more important than others.

For example, while performance is important, when writing web scrapers the largest time-consuming tasks are related to web requests and not the actual spider performance. So using a low-level language for web scraping, even though it would be possible, would just complicate our lives without any additional benefit.

For web scraping, we need a language that is easy to use, with good libraries for http request management, HTML parsing, text processing, http server, etc. Preferably with a good community and lots of documentation to follow it. This tends to make higher level programming languages better for web scraping applications.

Is Python good for web scraping?

Python is a great language to use for web scraping. It’s widely considered as a language that is easy to learn and use. Furthermore, it has a lot of free material online that everyone can find and use for their learning.

As far as web scraping goes, Python has first-class web scraping frameworks and libraries as well as industry-standard data science libraries - such as Numpy - which you can use to manipulate and analyze any data you scrape.

In other words, if you already know a little bit of Python, then it’s very easy to get yourself to be proficient in it enough to use the great tools Python has for web scraping. The online Python community is also massive and very welcoming to newcomers, so it’s very easy to find help if you get stuck with something.

What skills are required for web scraping?

First of all, it goes without saying but you need to know a programming language to be able to write web scrapers. Besides that, you also need to have a good grasp on web technologies, since most of the time you’ll be reverse-engineering websites that are built using these technologies. So things like HTML and CSS are the basics everyone should have to be able to write any web crawlers.

Another good piece of knowledge to have is anything related to web technologies and standards such as JavaScript and AJAX. Since a lot of websites nowadays are written as single-page applications where the data is loaded from the backend using JavaScript (usually from a REST API), it’s useful to know the most common practices of implementing these kind of websites in order to reverse-engineer them and to access their REST API directly.

How do web scrapers make money?

Of course there’s also the possibility of working as a web scraping engineer for a company that uses web scraping in their product.

There’s two main Python libraries used for web scraping: BeautifulSoup and Scrapy. Keep in mind they are quite different from each-other.

BeautifulSoup is more of a bare-bones library that is very useful in parsing HTML but it does very little beyond that. So you would need to take care of the HTTP requests, proxies, caching, etc. yourself.

Scrapy is a full-fledged web scraping framework that does everything for you. It requests the pages you want to scrape, downloads the contents, and gives you all the tools to parse the HTML plus a lot more extra goodies that help you write more advanced web scrapers.

Besides these two libraries, there’s other Python tools and libraries that are scraping-adjacent. That is to say, they are not necessarily only web scraping tools, but they help with web scraping tasks, such as headless browsers (which have JavaScript interpreters baked in) or proxy-management and anti-bot bypassing tools.

However, it should be mentioned that Scrapy comes with a lot of these tools already inside (such as Crawlera, which can be used for proxy management). So even if you decide to use BeautifulSoup instead of Scrapy you will just end up building something similar to Scrapy anyway, which makes the choice of tooling quite clear in my opinion.

Which is better for web scraping, Python or R?

Another popular programming language used for data analysis and statistics is R. It’s a good language for statistical analysis and it has web scraping libraries that can be used to gather data from websites for other uses.

However it’s not a language that can be used for large-scale web scraping operations for several reasons. It does not have the same level of support that Python does, so deploying R web scrapers at scale is quite a challenge. It is also lacking support for advanced web scraping needs such as proxy managers or anti-bot circumvention.

In this article, we provided a high level overview of webscraping. We described what web scraping is, how it works, what it's used for, and how webscrapers make money.

We also discussed what factors to look for when choosing a programming language to use, with a focus on Python webscraping. Finally, we touched on two of the most populate webscraping Python libraries, BeautifulSoup and Scrapy. 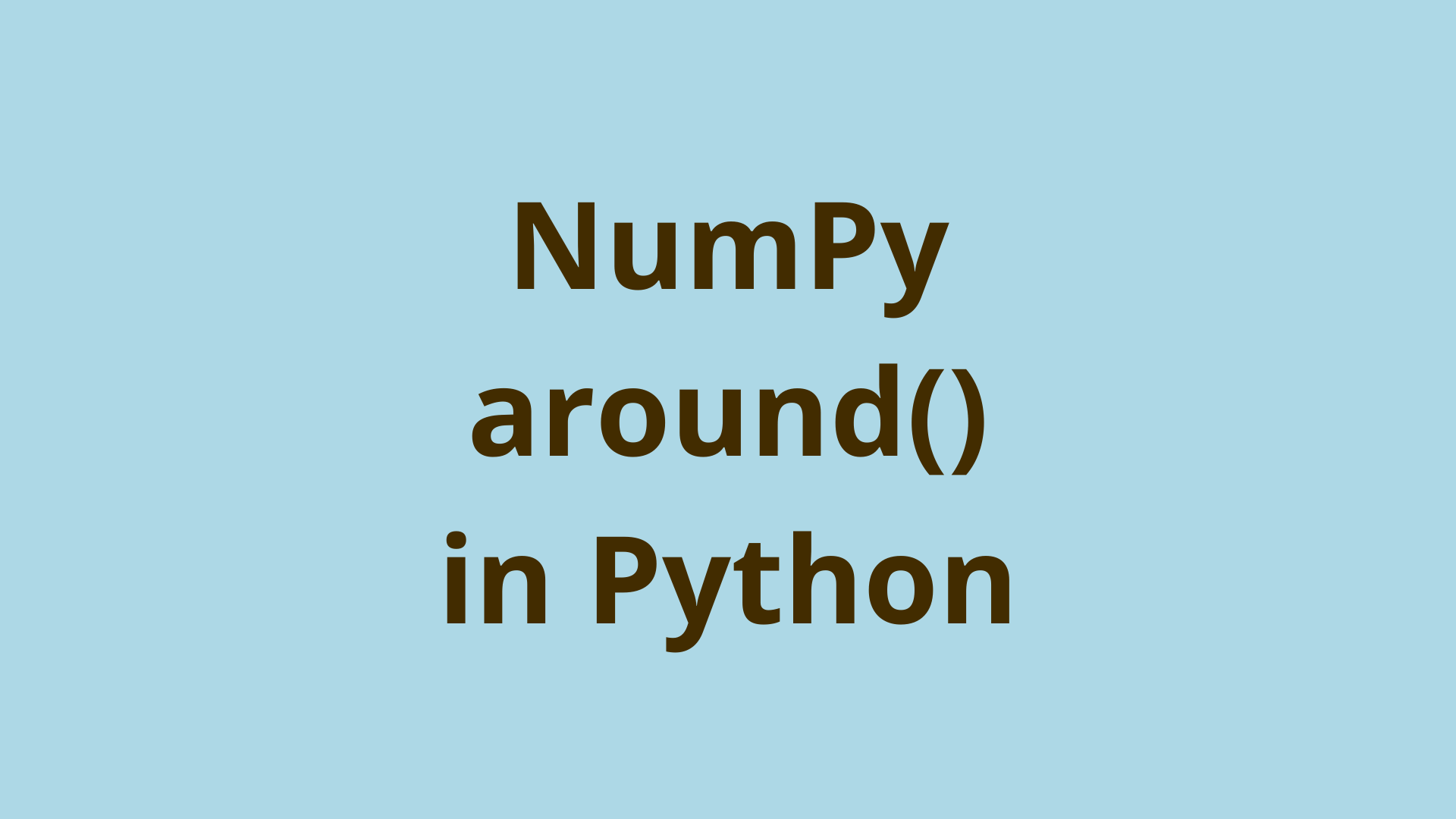 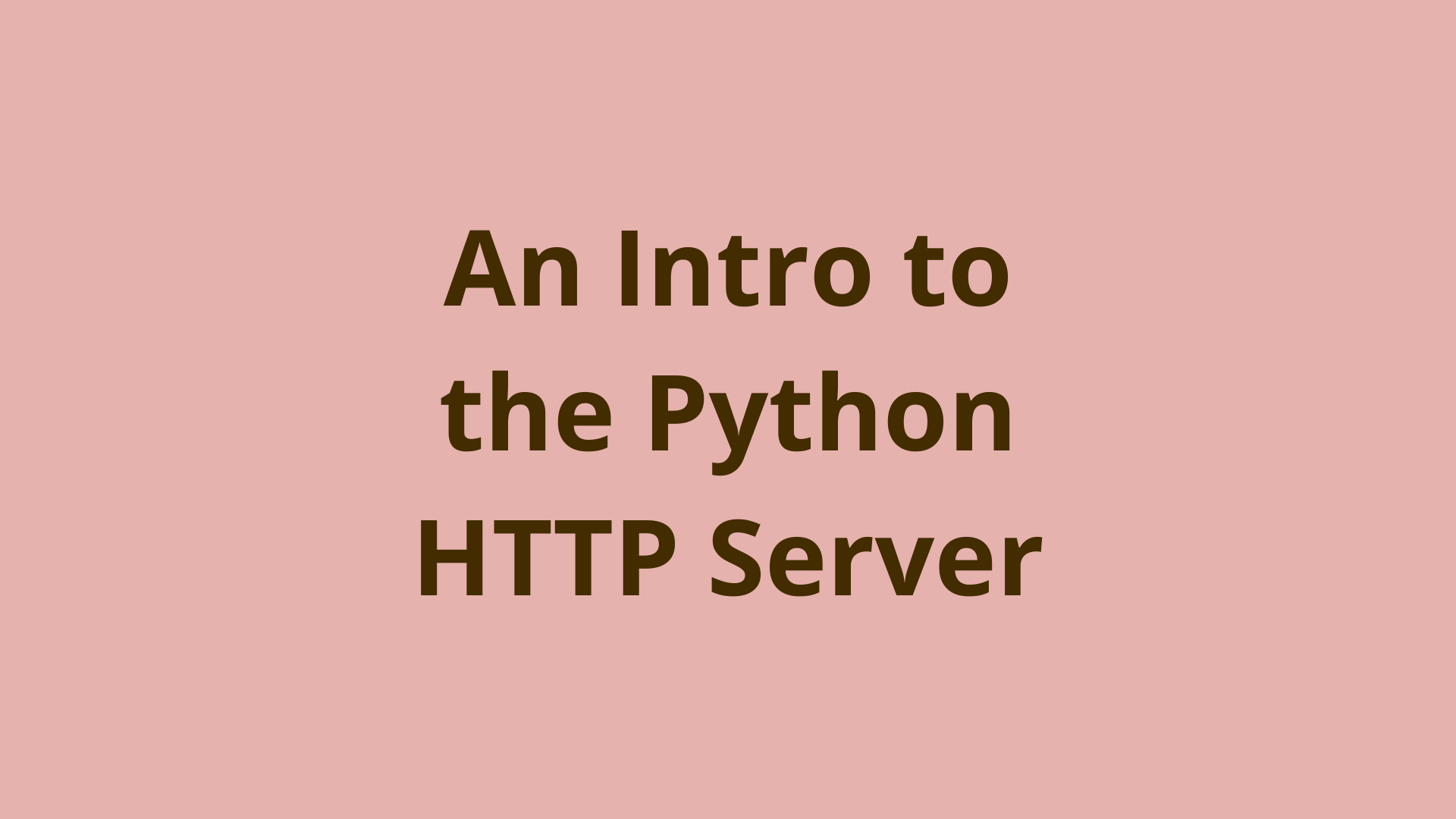 An Intro to the Python HTTP Server 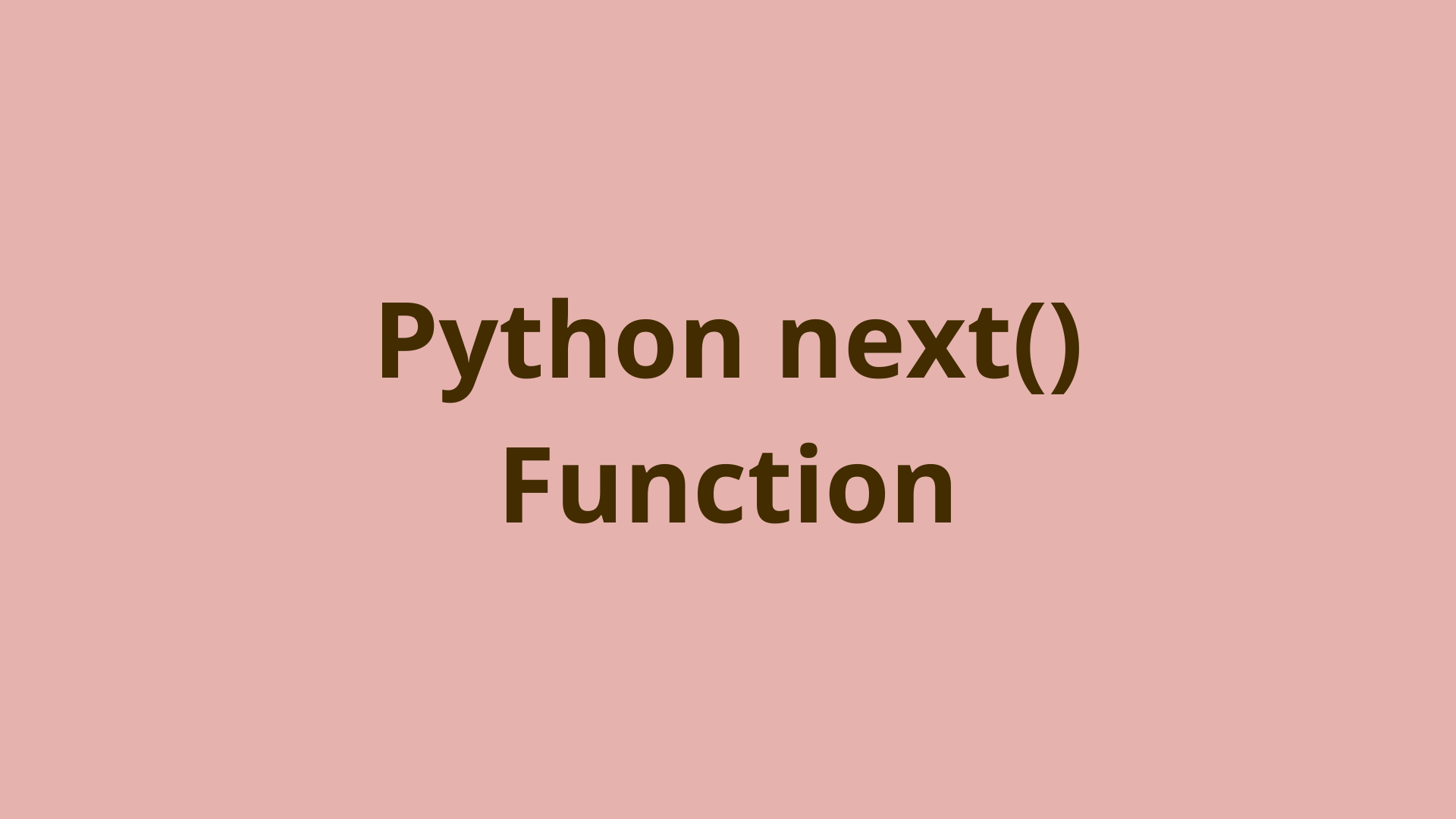 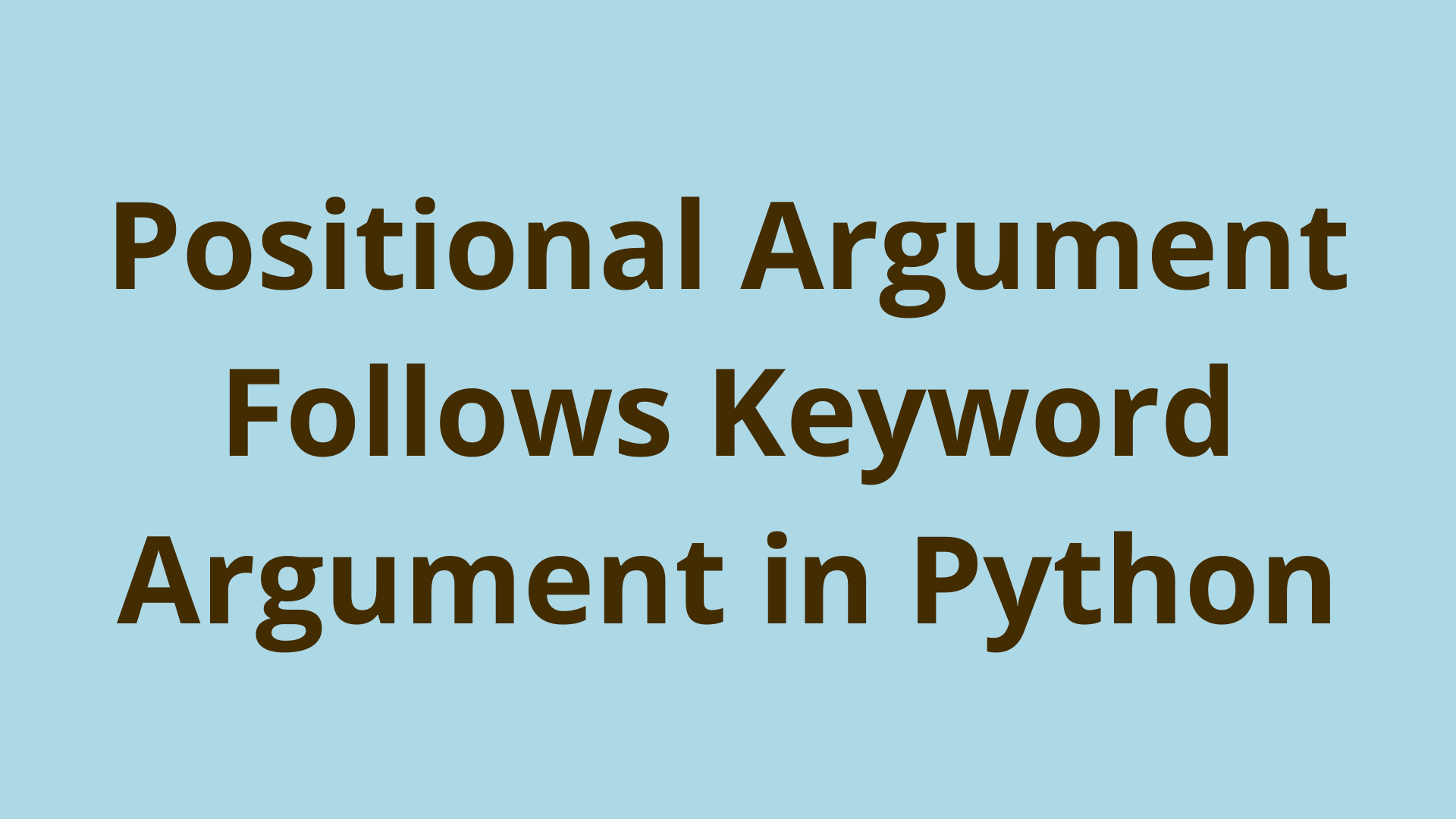 How to Fix: Positional Argument Follows Keyword Argument in Python 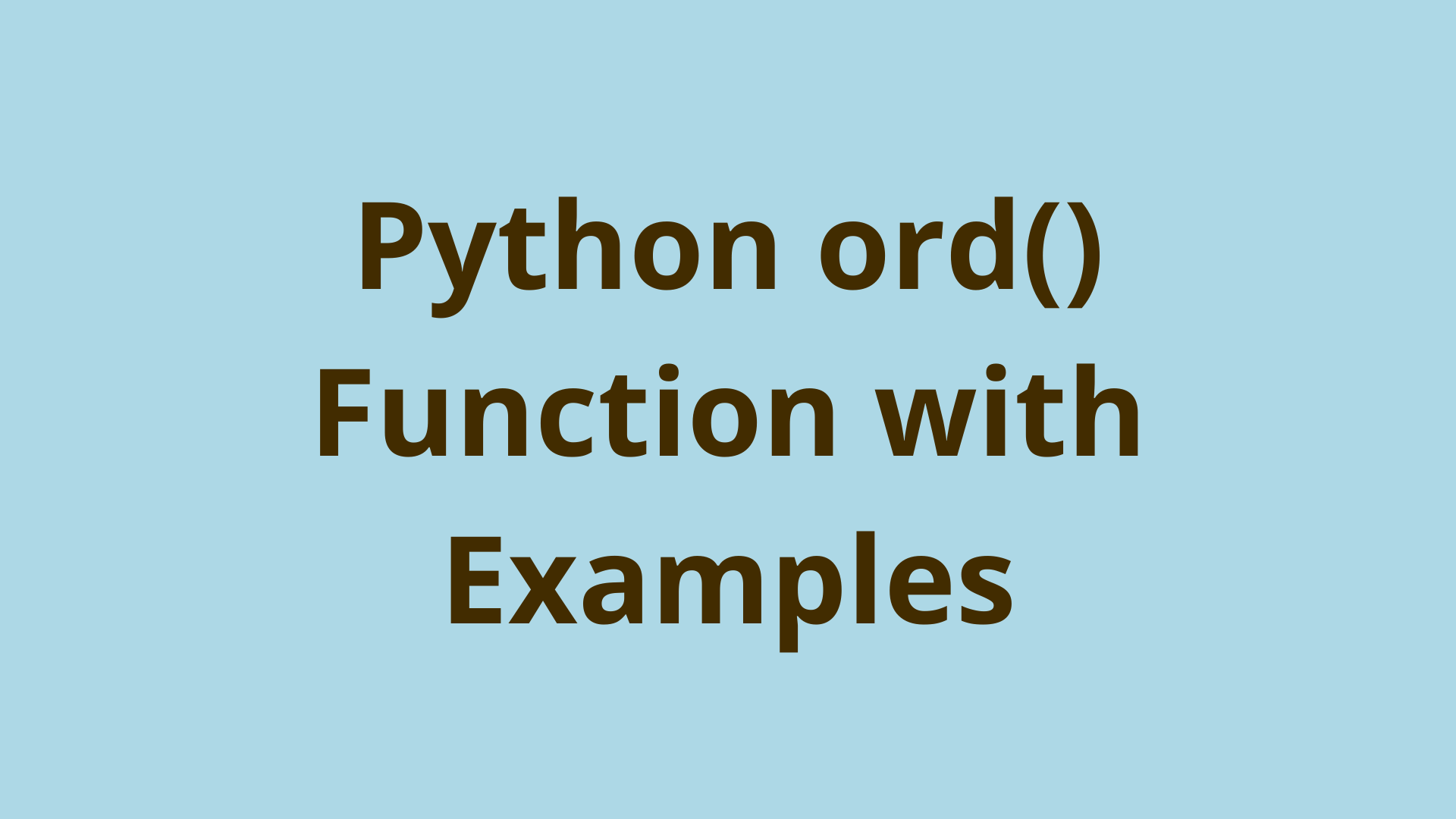 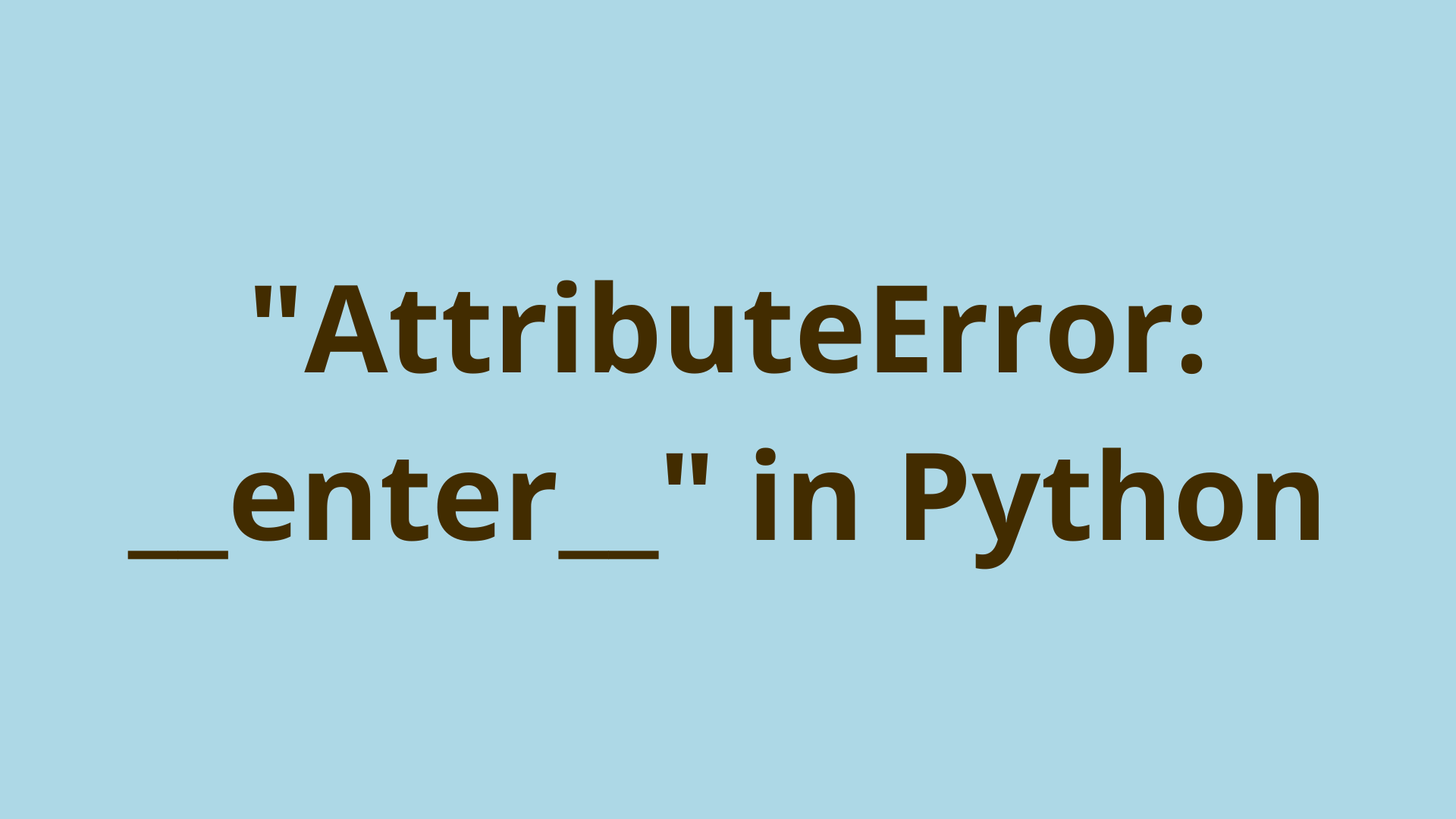 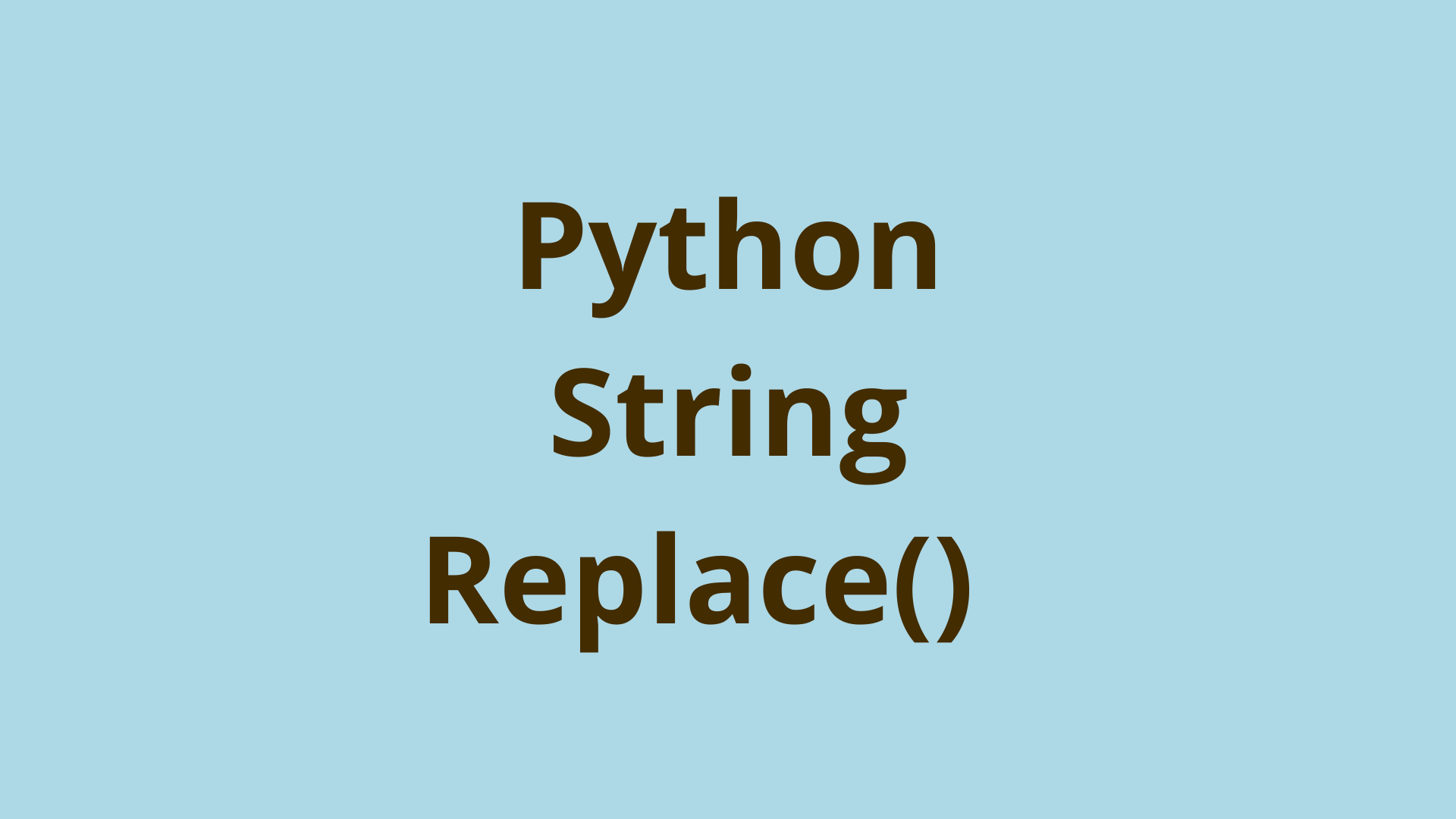