What is AWS CDK? | Building Your First App With AWS CDK 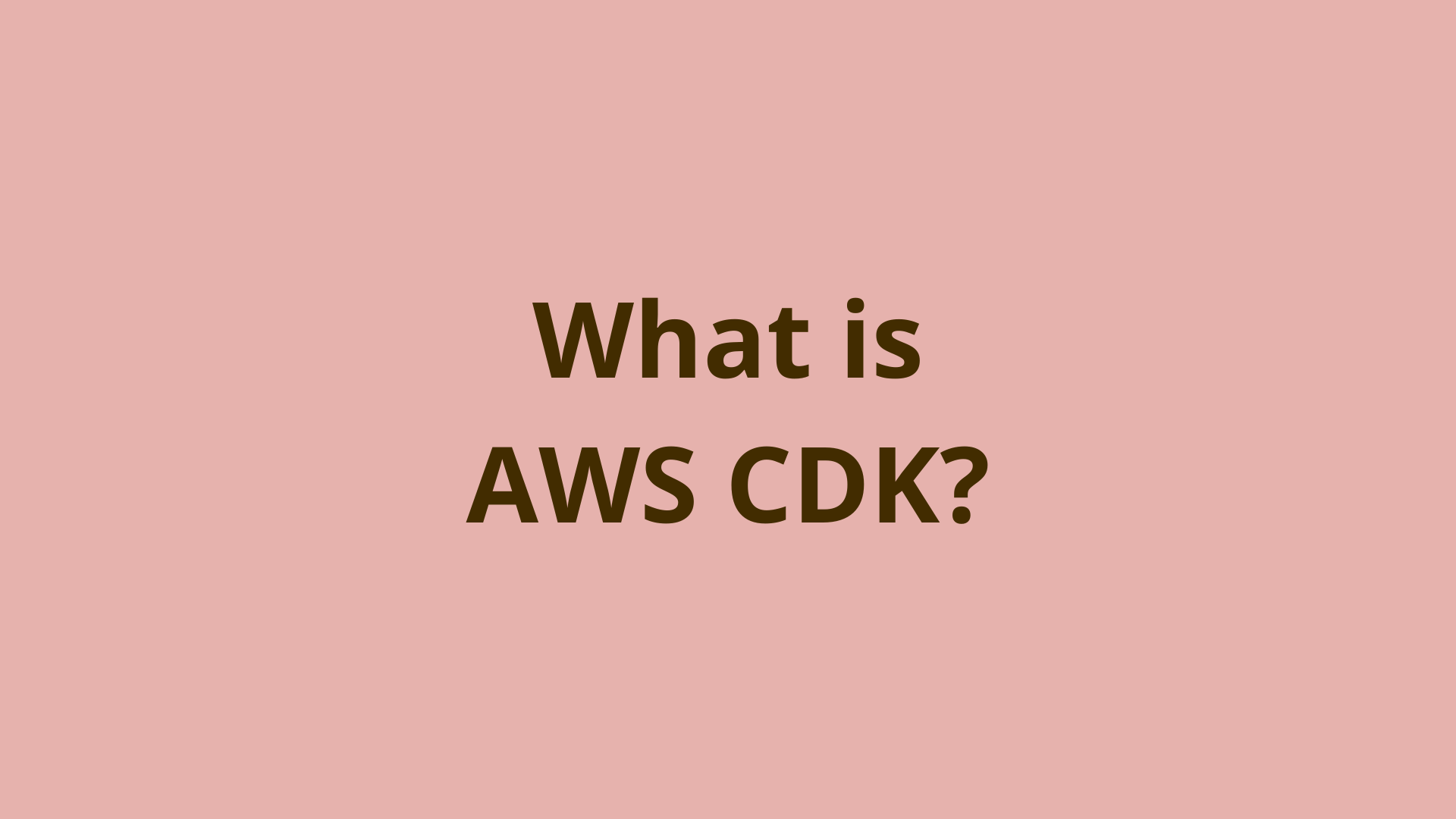 When you want to build a backend in the cloud, you have several choices for how to deploy it. While you could manually deploy cloud components via a platform’s GUI or via your command line, it is much easier to do it programatically.

Especially as the complexity of a cloud system or its components increases, it becomes far less manageable to build a system entirely in a GUI or via command line. The solution to this is infrastructure as code (IaC).

What is AWS CDK?

The AWS Cloud Development Kit (CDK) is a software development framework that allows developers to define cloud infrastructure in code and provision it through AWS CloudFormation.

The CDK uses familiar programming languages, including TypeScript, JavaScript, Python, C#, and Java, and deploys everything as a CloudFormation stack. This means that the infrastructure can be easily versioned, shared, and managed, just like application code.

With the CDK, developers can quickly and easily create and manage AWS resources, including EC2 instances, S3 buckets, DynamoDB instances, and Lambda functions. This article will provide a high-level overview of the AWS CDK and its key features.

What is the use of AWS CDK?

What is the difference between AWS SDK and CDK?

AWS SDK (Software Development Kit) is a collection of libraries, documentation, and sample code that developers can use to build applications that interact with AWS services. The AWS SDK is available in a variety of programming languages, including Java, JavaScript, .NET, PHP, Python, Ruby, and Go, and can be used to build applications for web, mobile, and desktop platforms.

In a nutshell, the AWS SDK is a toolkit for building applications that interact with AWS services, while the AWS CDK is a framework for defining and provisioning cloud infrastructure using code. They can be used together to build cloud-powered applications, but they serve different purposes and are used at different stages of the development process.

What is the difference between AWS CDK and CloudFormation?

AWS CloudFormation is a service that helps you model and set up your Amazon Web Services resources. You create templates in JSON or YAML to describe the resources you need, and then use the AWS Management Console, AWS CLI, or SDKs to create and manage those resources. CloudFormation enables you to use a template to provision and manage resources in your AWS account.

In order to use AWS CDK, a user first must have an AWS account and should configure their machine to connect with that account. The AWS Blog has an excellent tutorial on the basic setup for configuring an AWS account on a machine, setting up the cdk command, and bootstrapping an AWS account to accept CDK-originated resources.

AWS supports many languages for defining CDK components, including TypeScript, JavaScript, Python, Java, C#/.Net, and Go. Of these choices, TypeScript is arguably the most well-documented and widely used, so this tutorial will focus on developing for CDK in TypeScript.

Once you have configured your machine and installed the aws-cdk-lib dependency, we can create our first CDK app with the following commands.

And voila! We now have a very basic CDK app that we can now use for development. Before we continue, let’s quickly review the structure of this app (several basic files have been omitted for brevity).

We will begin by defining the (arguably) simplest cloud component available on AWS/CDK, the S3 bucket. An S3 bucket can be used for uploading, storing, and retrieving files in the cloud.

Before we deploy our first bucket, let’s break down the code for understanding.

In the code above, we are importing aws-cdk-lib modules. We can use these to express constructs.

Now, we use our Bucket construct to define a new appBucket object. We can use then reference the appBucket object later in our infrastructure application to link it with other components.

Now that we have our basic app structure, let’s deploy our defined app to an AWS account. We can do this with just two commands.

The cdk synth command creates a Cloudformation template for our app in a newly-generated cdk.out directory. Then, the cdk deploy command consumes that template and deploys our components to the cloud.

Depending on the changes you’ve made, this command may ask for permission in the command line to deploy/overwrite cloud components. If you receive this prompt, simply type y, hit Enter, and continue deployment.

Once cdk deploy finishes running, it will respond with a new Stack ARN. An ARN, or Amazon Resource Name, identifies the stack in your account.

Now, go to the Cloudformation module in your AWS Account. From there, you will be able to find the new stack and the components you’ve deployed.

With a CDK app, we are probably adding some more components than just an S3 bucket. Here is an example of how you could add a construct for a Lambda function called "MyLambdaFunction" that has read/write privileges on the S3 bucket:

To learn more about how a Lambda function works, check out our article AWS Lambda in Plain English.

In this article, we covered what the AWS Cloud Development Kit (CDK) is and how it can be used to define and manage cloud infrastructure as code. We demonstrated how to create a basic CDK stack, including an S3 bucket, and how to add an account policy statement to the S3 bucket to allow the root AWS account to access all S3 functions. We also showed how to add more CDK constructs, such as a Lambda function, to the stack and give it access to the S3 bucket. By using the CDK, developers can quickly and easily create and manage AWS resources, and easily share, version, and collaborate on their infrastructure as code.

In conclusion, the AWS Cloud Development Kit (CDK) is a powerful tool that allows developers to define and manage their cloud infrastructure as code. With the CDK, developers can quickly and easily create and manage AWS resources, including EC2 instances, S3 buckets, and Lambda functions, and easily share, version, and collaborate on their infrastructure.

So why not take the first step and try the AWS CDK for yourself? Sign up for an AWS account, install the CDK, and start building your infrastructure as code today. Happy coding! 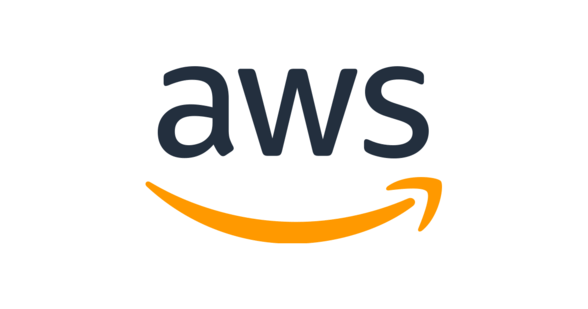 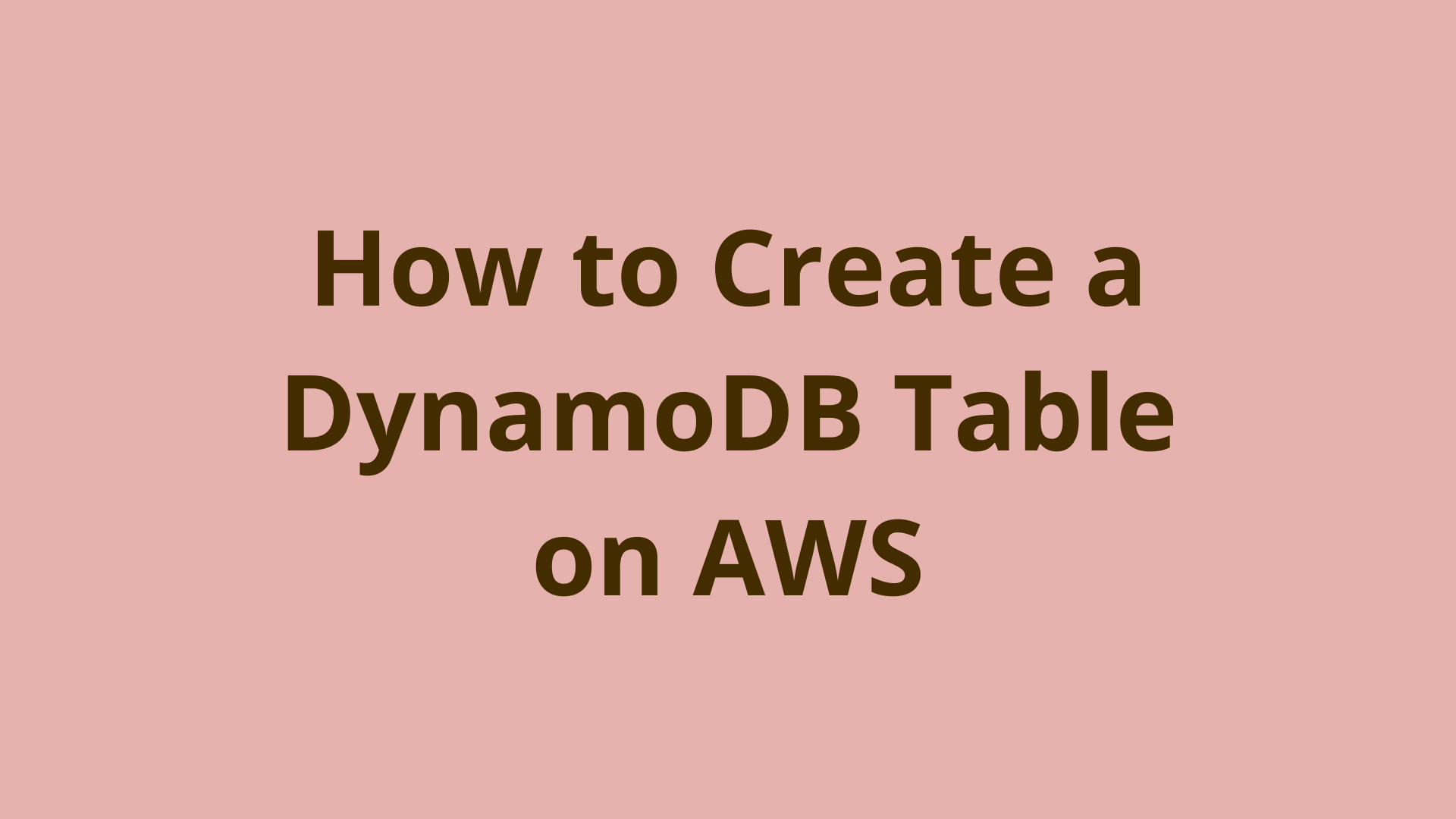 How to perform an easy AWS Lift-and-Shift 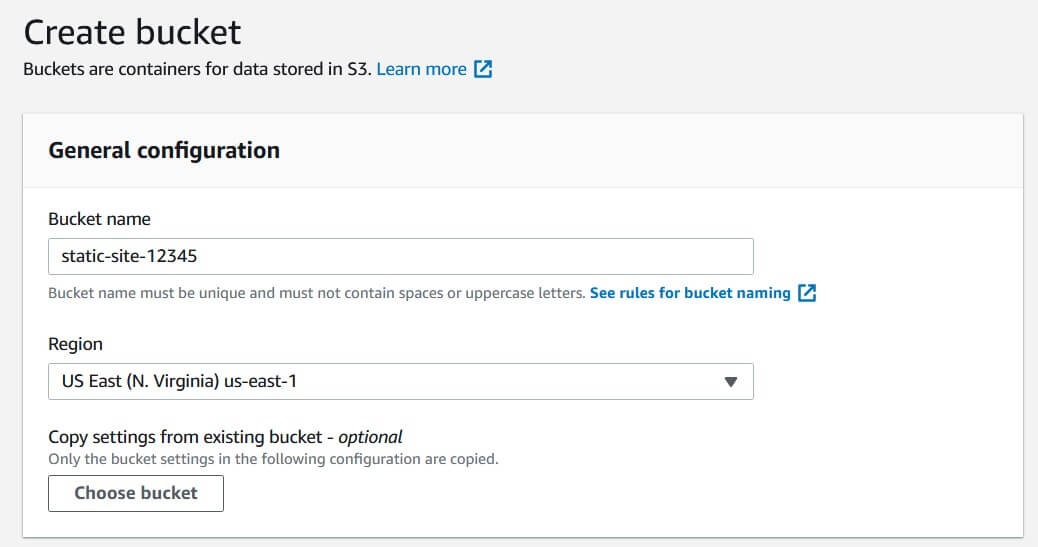 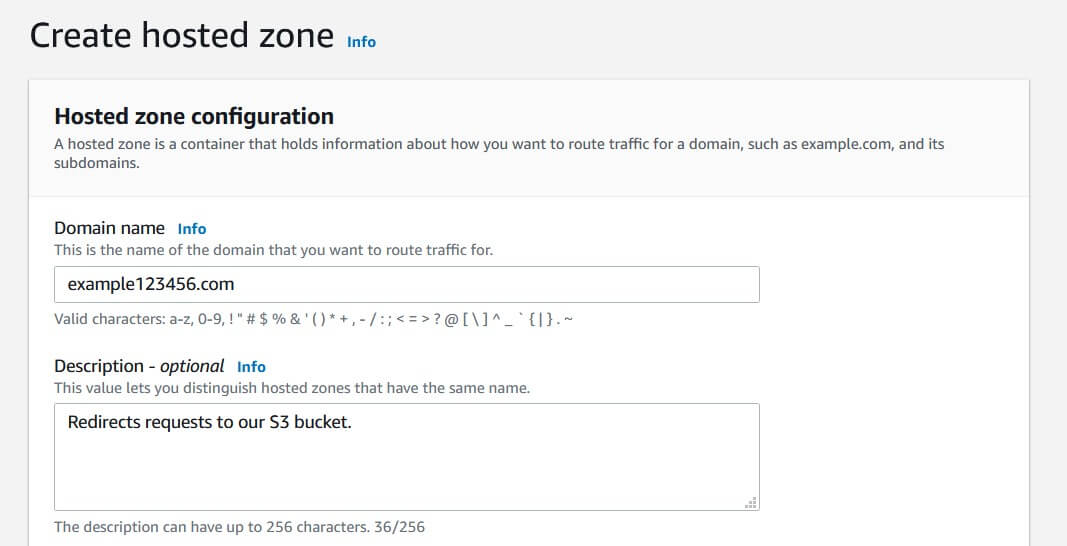 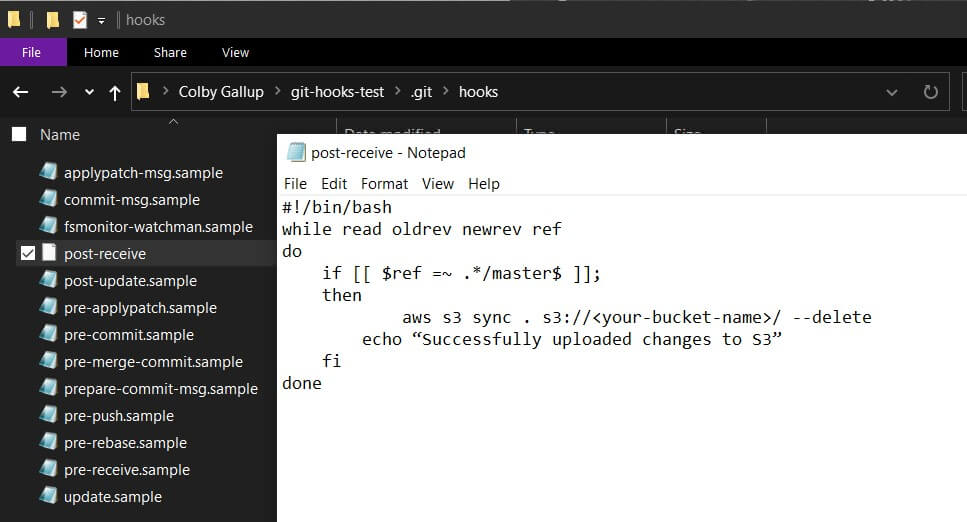 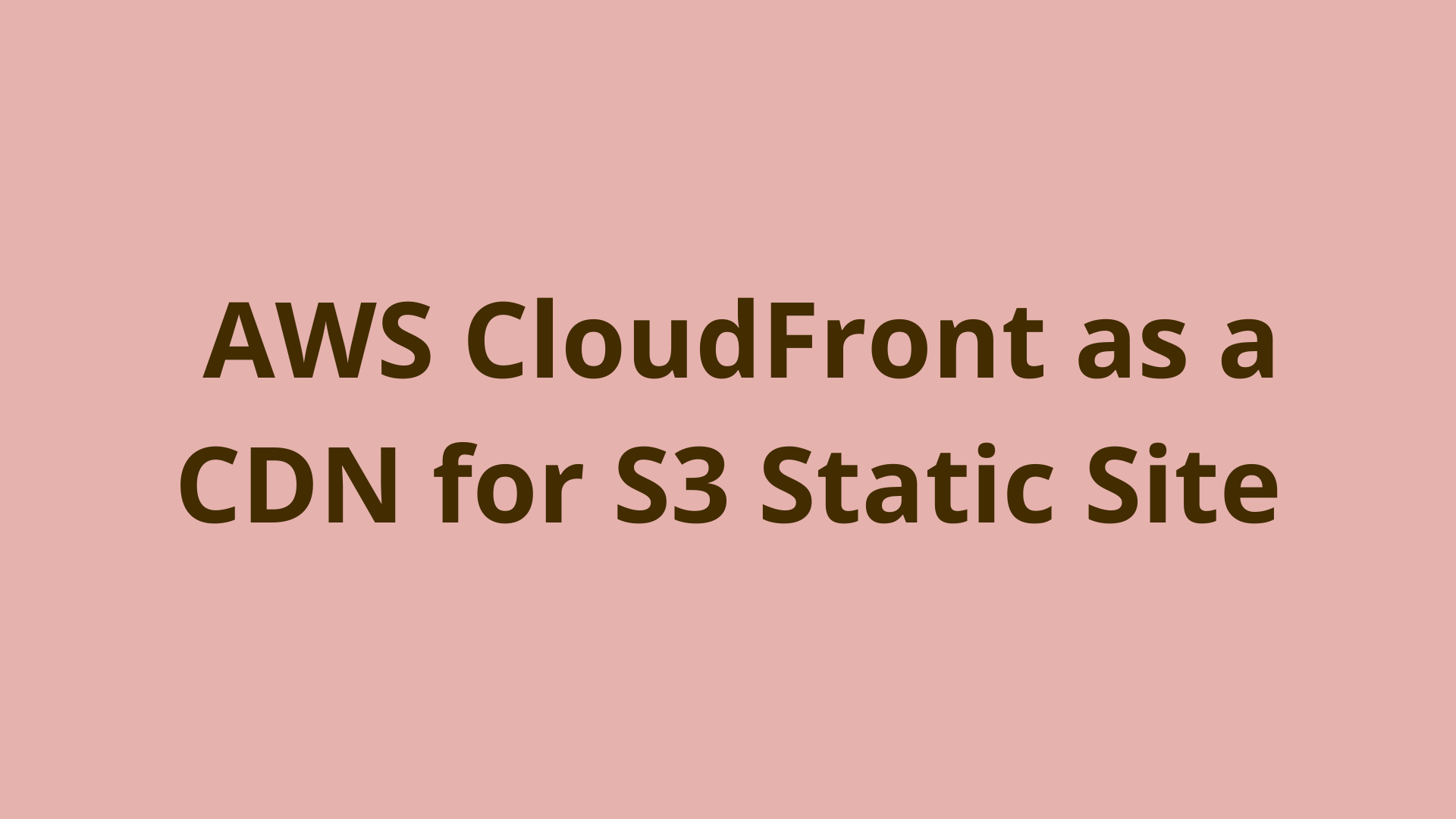 Using AWS CloudFront as a CDN for an S3 Static Site 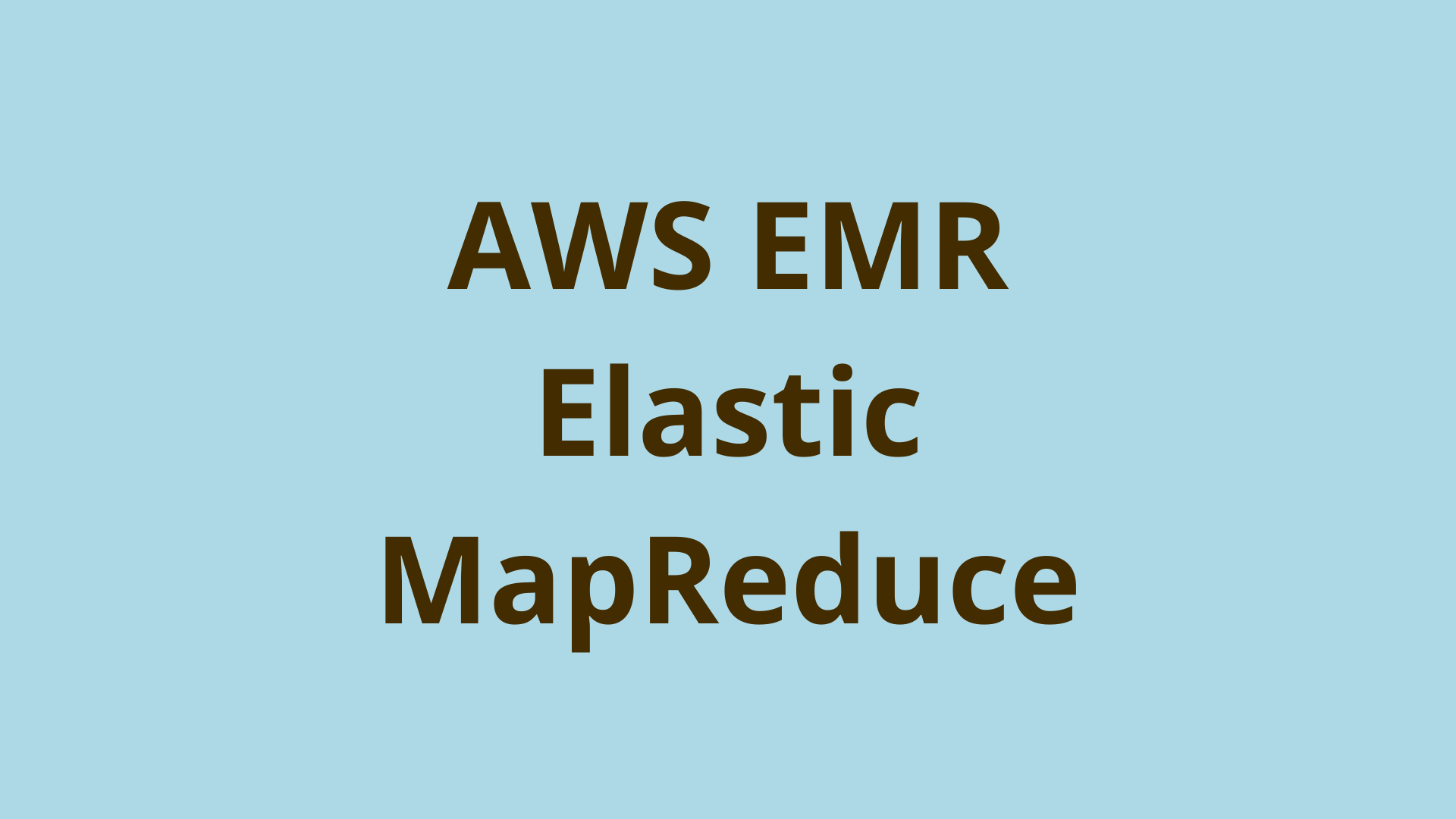